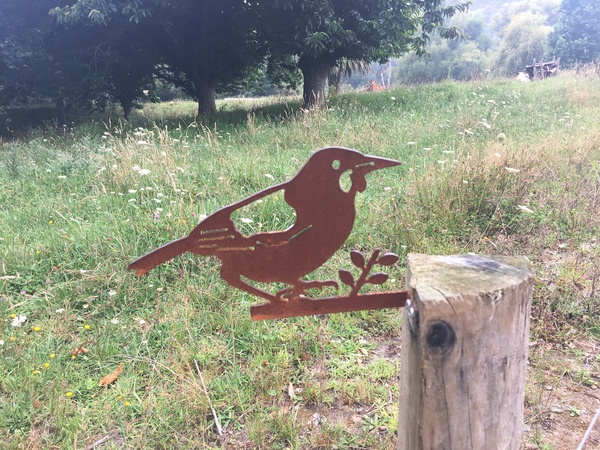 The NZ Saddleback Bird
One of New Zealands favourite birds!

All made in the mancave
Holes for mounting.

Made with 2.5mm corten plate which will last for 20 years +
This sale is for and includes the following:

North Island saddlebacks are conspicuous and easily observed in regenerating scrub, forests and coastal forests. They call frequently, particularly in response to disturbance, and are very active, noisy foragers. They are about the size of a European blackbird. Saddlebacks were widespread at European contact, but rapidly declined on the mainland following the introduction of predatory mammals, especially ship rats and stoats. By the early 1900s, North Island saddlebacks were confined to a single population on Hen Island (Taranga) off the northeast coast of the North Island. A series of successful translocations was initiated by the New Zealand Wildlife Service in the 1960s, and there are now 15 island populations and five at predator-fenced mainland sites.